New Call of Duty franchise sales figures reveal that Activision has sold more than 25 million CoD games in one year.

Call of Duty is still the third-best selling video game franchise on the planet behind Super Mario (680 million) and Tetris (495 million), but soon it could be #2. According to the latest figures provided by Activision, the Call of Duty franchise has sold over 425 million copies of games to date. The last figure Activision had shared was 420 million back in April 2021, which means the company sold 25 million+ games in little over a year.

While 2021’s Call of Duty Vanguard is included in the number, last year’s release doesn’t make up all the game sales. Call of Duty titles are periodically on discount throughout the year, especially evergreen titles released on older platforms. The sales range from older games released on Xbox 360 all the way to more modern titles like 2019’s Modern Warfare and 2020’s breakout hit Black Ops Cold War. 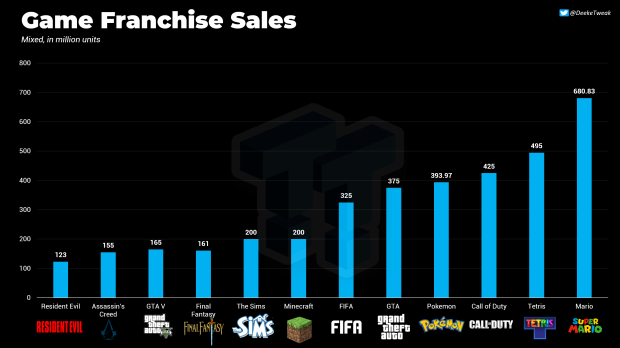 In other Call of Duty news, Activision just announced Modern Warfare 2’s major new features and confirmed the franchise has made $30 billion to date, making it one of the top-earning media properties on the planet.