Looks like Bayonetta fans will be able to get their hands on the forgotten sequel sooner than they expected. Suddenly Bayonetta 3 appeared on Nintendo’s front page, and fans all over the place are already excited about the possibility of playing this game soon.

A couple of days ago, the Nintendo Life’s website published an article about a discovery about Bayonetta 3. Turns out that if you go to Nintendo’s online store and look for upcoming titles, you can easily find Bayonetta 3 among titles like Splatoon 3 and Xenoblade Chronicles 3. Fans of the franchise must be going crazy about this discovery; the amount of information regarding the title is somewhat scarce, so something like this is great news for Nintendo Switch owners. 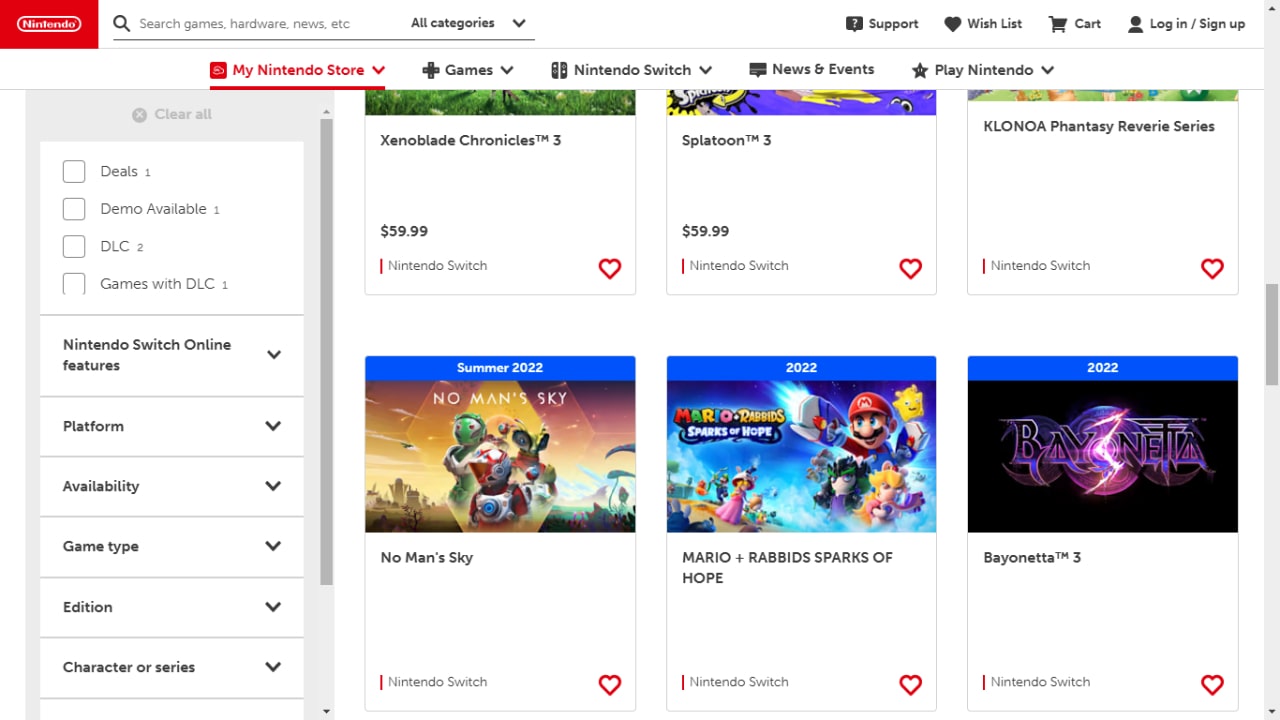 Players can only get a glimpse of what is next if they go to Youtube and find the Bayonetta 3 Gameplay trailer. Besides this gameplay and the reveal trailer, there is not much information about the title. The gameplay shown in the said trailer is rather remarkable; players get to see some gameplay shots among some gorgeous cinematics starring the game’s protagonists and a tough foe. The cinematics looks well made, and the game’s score fits perfectly with the scope of the ensuing battle.

The graphics shown are impressive, and even more; when considering this is all being run on a Nintendo Switch. This recent discovery could trigger more news about the game, so players should be on the lookout for more information.

The fact that the game has been recently added to the store may mean a release date is coming soon. All players can do right now is wait for more information from leakers or official sources. There is a good chance we get the game sooner than expected, and having the game on the website makes it more likely.

All in all, the only thing we can do right now is wait. The game’s store description page does not have a lot of information, so you will not be able to get a lot from it, so you better sit tight and wait for further announcements.

Bayonetta 3 is set to release in 2022 on Nintendo Switch.

More on Attack of the Fanboy :