And we’re back! Another year done and dusted, one that was jam-packed with Switch games. It might have lacked a mainline Zelda or Mario, but Pokémon fans got double bubble in 2022, with Pokémon Legends: Arceus and Pokémon Scarlet and Violet topping and tailing the year.

In between those potent Pocket Monster packages, we got a large portion of Kirby (plus a tasty side dish), a selection of sports (both the Switch and Mario Strikers variety), a trio of excellent games with a ‘3’ in the title (Xenoblade, Splatoon, and Bayonetta), and both Koei Tecmo and Ubisoft taking the reins on Nintendo IP with Fire Emblem Warriors: Three Hopes and Mario + Rabbids: Sparks of Hope respectively.

And that’s just the first-party stuff. Throw in all the quality third-party releases — Square Enix, in particular, was on fire this year with games like Triangle Strategy, Dragon Quest Treasures, and Crisis Core — a deluge of excellent indies, including Citizen Sleeper, Neon White, Tunic, and Chained Echoes, a great selection of retro collections, and a bevy of quality ports of games big and small, and there simply aren’t enough hours in the day to play everything we want to.

Which brings us to your picks of the top 50 best Switch games of 2022. As always, we asked Nintendo Life readers to rate the games this year, and the list below — as governed by the User Ratings for each title in our games database — is the result. The order can and will change, even after publication, subject to those fluctuating User Ratings, which means it’s never too late to rate your collection (even those pesky late-December arrivals) and influence the list.

Can’t see your favourites? Head to our library of Switch games and use the search bar to find what you’re looking for (or scroll to the very top of this page to do the same). Note. To become eligible, a game needs to have been rated by a minimum of 30 users.

Enough waffle. Let’s scroll down and enjoy 50 of the very best games of the year, 2022 edition… 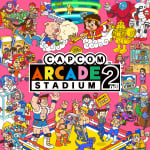 As long as you’re okay with its unreasonable lack of online functionality and screen filter niggles, there are hundreds of hours of fun to be had with Capcom Arcade 2nd Stadium. 32 mostly excellent games and another historically notable preservation piece, it recalls the essence of what an arcade felt like. Achieving that feeling, however brief, will be enough to justify a purchase for those with an affinity for gaming’s rich history. 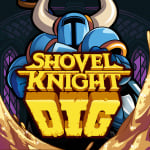 Shovel Knight Dig is another triumphant and enjoyable entry in the popular indie knight’s growing legacy, offering up thrilling, challenging gameplay that will appeal to fans both old and new. Though it may be a little on the short side, every minute of Shovel Knight Dig positively oozes quality, whether that be the snappy action-platforming or the fresh 16-bit art style and animation. We’d give this one a high recommendation to anyone who enjoyed the original platformers or to anyone looking for a tough (but not offputtingly tough) new roguelite. Shovel Knight Dig has got it where it counts and can stand tall beside its noble predecessors. 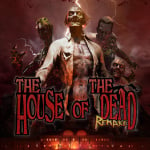 When it all works like it should, The House of the Dead: Remake is a fun update of a Sega arcade classic. The performance can be janky and the controls clunky on its default settings, but if you’re willing to put the time in to tweak them you should get something you’re happier with. You shouldn’t have to do that with a light gun shooter, though, and the fact you do has to go down as a failing on the game’s part. 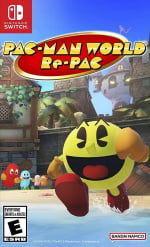 Pac-Man World Re-Pac does a good job of reviving a decent 3D platformer for modern audiences. Tight controls, lots of collectibles, and enjoyable level design ultimately outweigh minor performance hiccups, and a general lack of imagination. If you don’t consider yourself a fan of platforming or Pac-Man, nothing here is going to change your mind and we’d suggest you pass. If you like classic-style 3D platformers, Pac-Man World Re-Pac will absolutely prove itself worth your time, even if it doesn’t impress like the best in the genre.

There are still plenty more ways we’d like to see the Pokémon franchise evolve but despite some glaring technical hiccups, Pokémon Scarlet & Violet has us excited about the series’ future. We really hope Game Freak can figure out how to smooth out the series’ ongoing performance issues on Switch because they’re going to become a serious detriment over time.

Scarlet & Violet is most fun and exciting when you’re just exploring the world, and while there are many small new details and improvements to the Pokémon formula, it still plays it safe in a few areas. Regardless, things point toward a promising future for Gen 9 and beyond. It’s a smaller step than many may have hoped for, especially considering what Pokémon Legends: Arceus did, but it’s definitely one in the right direction.

Nintendo Switch Sports is a charming but barebones offering. It’s not a bad game by any stretch but it lacks an awful lot of what would make for a solid recommendation. Online play is the best option on offer with unlockable customisations and a predictably broader pool of players, but its limited scope means you’ll be doing the same thing time after time. Local play is hobbled by a lack of any unlockables whatsoever, and with such limited options to change up how each sport plays out, solo play is a slog. There is fun to be had here, but it’s more in the vein of the occasional 30-minute play sessions with friends than anything with major long-term appeal. Nintendo Switch Sports is ‘fine’, then, but little more than that. 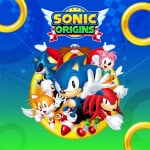 Sonic Origins is, on one hand, a near-definitive way to experience four stone-cold classics that represent some of the highest peaks of Sonic’s career. On the other, most of these games are already readily available and there aren’t many new features or additions to justify buying them yet again. The cutscenes, museum elements, and missions are all very pleasant but they’re also the minimum you would expect for a series this prestigious and popular.

For players ready to play these classics for the first time, Sonic Origins is the go-to way to experience Sonic’s 16-bit heyday. Die-hard 2D Sonic veterans may be less enamoured with the package and the small but noticeable differences between the Classic Modes presented here and the games in their true original configurations. Regardless, it’s sure nice to have Sonic CD available in a convenient form on the most convenient of consoles. Not perfect, then, but great comfort-food gaming. 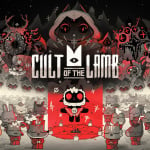 Cult of the Lamb proves to be a remarkably fresh take on the roguelite genre, not just in its goofy and creepy aesthetic, but in its smart blending of action and survival mechanics. Gameplay remains tense without ever feeling like it’s unfair and a steady stream of unlockables and collectables ensures that your efforts are always rewarded. It’s just a shame that the performance isn’t up to snuff, at least at launch, as that’s really the only major complaint that we have here. We’d still give this a hearty recommendation to anyone who thinks it might be up their alley; it may not be everyone’s cup of tea, but Cult of the Lamb proves itself to be a great new addition to the Switch library. 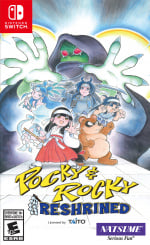 Despite obvious comparisons to the Super Nintendo game, Pocky & Rocky Reshrined is, for the vast majority, a completely new entry in the series. Tengo Project, well aware of the original’s pedigree, was smart enough to only use it as inspiration, rather than attempt to follow its lead beat-for-beat. Within this modern framework, the developer has constructed a thrilling tapestry of light, colour, and action-packed junctures for hardcore gamers to get their teeth into. Is it better than Natsume’s venerable 1992 outing? No, but it’s about on par, albeit for slightly different reasons. Pocky & Rocky: Reshrined is a blessing, a gorgeous-looking, delightfully artful new interpretation of a much-loved classic. 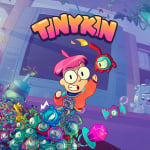 As a whole, Tinykin is more than just a wholesome, stress-free 3D platformer or ‘Pikmin Lite’; it’s a lesson in appreciating the simple things in life, including the help from those around you. Even with a mass of collectibles and a free-flowing storyline to follow, Tinykin never feels cluttered or overwhelming. Despite feeling a lot like a certain Nintendo series when you first pick it up, the game has enough of a unique identity to separate itself from the pack, offering a pleasant, pure platforming spin on Pikmin.