Steve Koenig, VP of research at the Consumer Technology Association

Gaming is increasingly taking over leisure time for the average gamer, said Steve Koenig, VP of research at the Consumer Technology Association.

Speaking during the opening “Tech Trends to Watch” presentation Jan. 3 on the eve of the CES show, he noted that in 2019 the average gamer spent 16 hours a week gaming.

Why are people spending so much time gaming?

It’s for escapism, entertainment and competition, but it’s also for socializing, he said.

“Increasingly, it’s about connection and socialization,” he said. “The game is really a construct for socialization.”

After the pandemic, consumers signed up for more services and “consumers really are sticking with those,” he said, showing a chart that indicated the level of video streaming services would remain stable from 2021 through an estimated 2022 and 2023. 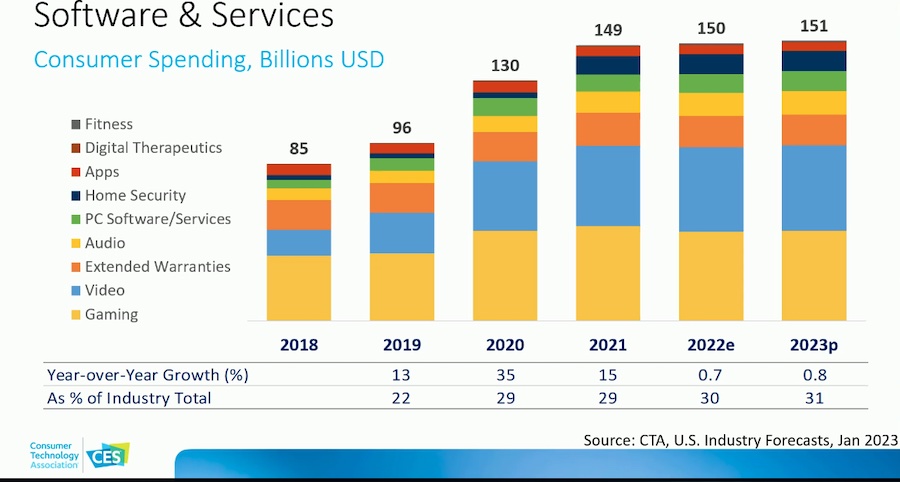 It’s “more about services and less about the hardware itself,” he said, adding “I think the whole ad-supported business model” will help extend the entertainment streaming business.