Ha Noi, VietNam, Aug. 27, 2022 (GLOBE NEWSWIRE) — The gaming community is one of the biggest communities online, with individuals from all over the globe spending hours at a time playing their most beloved games. The Desports platform, powered by Icetea Labs and 500 Bros Media—the top three traditional gaming organizers in Southeast Asia, is the missing key in mitigating the unsustainable nature of play-to-earn GameFi models while also incorporating Web3 technology and professionalism into traditional games.

Deports to hold a massive PUBG tournament on August ’30

Desports and 500Bros Media have joined forces to organize the Desports PUBG SEA Invitational, which will be the first major tournament to take place on the Desports platform and marks the beginning of an attempt to make decentralized esports services available to esports enthusiasts worldwide.

There will be 16 of the best teams in the area, including the top six Vietnamese teams from the NIMO PUBG VIETNAM SERIES FALL 2022, Buriram United Esports, Attack All Around, Alter Ego, Pintados Esports,… 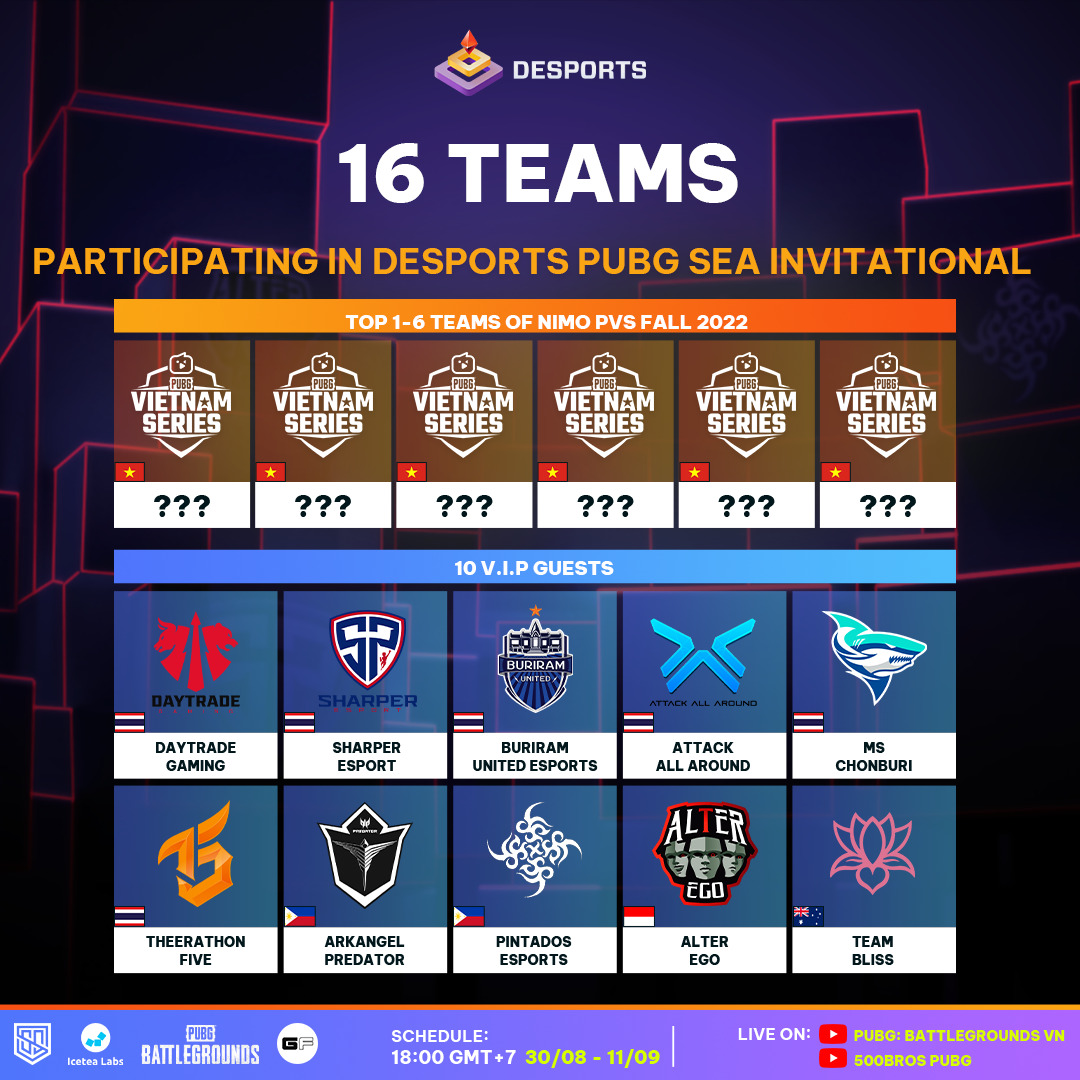 The PUBG SEA tournament will offer total prize money of up to $40,000 BUSD, of which around $20,000 BUSD was collected through funding from sponsors in both the gaming and non-gaming community and donations from the audience. One of the innovative features of the Desports platform, in contrast to other tournament platforms, is the capability for anybody to sponsor a tournament at any moment before it concludes.

Desports is anticipating both high participation and a large audience viewership and will subsequently live stream the event on the platform’s official website and YouTube. The live stream will support multiple languages, including English, Thai, Vietnamese, and many more. As per the reports coming in from several quarters, more than 20,000 users are going to register on Desports, while another 5,000,000 are expected to view the live stream.

Along with this, the largest esports event at the moment, Desports also introduced a series of minigames for supporters, dedicated fans, and viewers of the competition. By taking part in this activity, everyone in the audience has a chance to win a lot of prizes worth a total of $5000.

The Desports PUBG SEA Invitational will be broadcast live at 18:00 from August 30 to September 11 on multiple channels:

Desports – Decentralized Esports is the platform that connects traditional eSports and technology with the mission to bring eSports closer to everyone. Through Desports’ tournaments and ladder systems, esports players around the world can compete in events and win rewards for playing games.

Follow Desports on all social channels to stay updated with the latest developments, feature releases, and tournaments.

Disclaimer : There is no offer to sell, no solicitation of an offer to buy, and no recommendation of any security or any other product or service in this article. This is not an investment advice. Please do your own research.