I had a chance to addend a Far Cry 6 remote hands-on preview event last month and got to play several hours of the next entry in the series. I found a lot of good things about the game, but also some questionable additions that I feel don’t fit the narrative.

Far Cry 6 continues to be an open-world shooter featuring a solid sandbox aspect. However, I believe that unlike the previous Far Cry games, this one tackles a more serious, darker theme that has its roots in real life.

The game is set in a fictional country called Yara, which is ruled by a ruthless dictator, Anton Castillo (Giancarlo Esposito). He’s trying to find the cure for cancer and sell it to the world in an attempt to make the lives those living in this tropical paradise better. As you can imagine, his methods are barbaric and go so far as to kill his own citizens for even the slightest misdemeanor.

In Far Cry 6, you step into the shoes of Dani Rojas (male or female), a local Yaran and military dropout, who’s motivations start small and grow as they meet new characters involved in the fight against Anton’s brutal rule.

And here lies the first issue I have with Far Cry 6. Ubisoft is trying to tell a darker, more serious story, but uses goofy dialogs and ridiculous weaponry for the most part. While the main missions are typically grim and tense, the rest of the game (the biggest part) adopts a more comedic tone.

Both parts of the game are quite enjoyable separately, but as whole, they don’t really fit together. On the bright side, the sandbox part where you choose your side missions and try to expand your network of guerilla camps feels like a nice distraction from the main plot.

After all, the island of Yara looks absolutely gorgeous and I strongly recommend those who play Far Cry 6 to explore every nook and cranny. Speaking of exploring, there are a lot of vehicles in Far Cry 6 that you can ride, including cars, horses, helicopters and planes. Fast travel is also available once you visit specific location, so there’s no need to drive between locations if you don’t want to.

Moving on to weaponry, Far Cry 6 lets you carry four different weapons with you. You can customize the look of your weapons, as well as add different mods that make them better. The customization aspect is very important in Far Cry 6 because you have different types of enemies. Some enemies wear heavy armor and are vulnerable to a certain type of ammo, while other require “soft” ammo. You can customize your weapons to use different types of ammo so that you can take out your targets faster, but I think this is a bad idea.

Typically, before you attack an enemy base, you can scope the whole area and find out what’s expecting you ahead so you can be prepared. However, you’re not going to be able to tell what kind of armor enemies wear and switch your weapon accordingly in the heat of the battle.

I used armor-piercing round for the most part just to be sure that I don’t have issues with heavy guards, so I completely bypassed Ubisoft unnecessary system. Then, there’s the Supremo, a super-powered backpacks that can be fitted with nails, rocket or the ability to jetpack. It’s a crazy piece of gadgetry that couldn’t be more appropriate for a Far Cry game.

Not to mention that you’ll be accompanied by ridiculous animal companions throughout your adventures. Starting with a crocodile that shreds enemies to pieces, to other animals like a rooster and even a wiener. 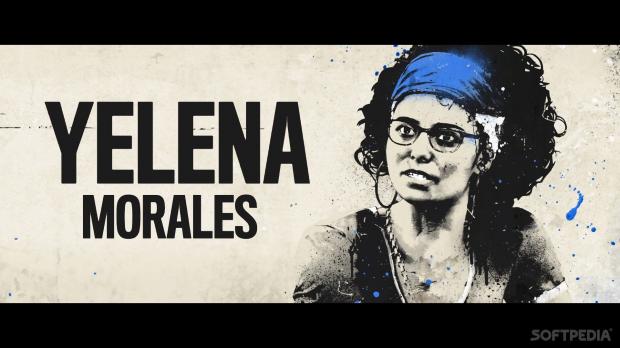 Far Cry 6 feels a bit different than the previous titles in the series, but also the same in other aspects. Even though I didn’t get to play too many main missions, I can tell that Far Cry 6’s story will be one of the main highlights and the thing that will set it apart.

I’m not so sure about some of the design decisions that I’ve already written about, such as the different types of ammo and tone difference between the sandbox and story parts, but I do think Far Cry 6 shapes up to be a pretty good entry in the series.

For those unaware, Far Cry 6 launches on October 7 on PC, Xbox One, Xbox Series X/S, PlayStation 4, and PlayStation 5.