Ever since the demolition permit request was filed in late 2021, Cary Towne Center’s days were numbered.

Around mid-March, onlookers gathered as the first pieces of the 1970’s mall began to fall. As the weeks marched on, people often stopped by to snap photos of the mall’s towering arches and iconic entrances as the demolition crept ever-closer. Chunks of the mall began to fall away, leaving piles of twisted scrap metal in the place of once-familiar spaces.

This week, the Dillard’s made its final stand, as the final remaining pieces of Cary Towne Center met their end.

Many people have taken to sharing memories and photos on Remembering Cary Towne Center on Facebook.

It may be hard to believe, but when Cary Towne Center first opened in 1979 as Cary Village Mall, it was a controversial decision that “provoked strong citizen opposition.”

News of the mall’s closure has created a wave of nostalgia for the generations who spent their youth eating at Cousin’s Pizza or Tater Station, reading books at B Dalton and Christmas shopping at Ivey’s. Many WRAL News viewers shared vintage photos and memories in a story about the history of Cary Towne Center.

Cary Towne Center closed in January 2021 after being purchased by Epic Games, the video game developers behind Fortnite, to be used as their new headquarters. Since then, it has sat mostly vacant. Dave & Busters, its final tenant, moved into a new space across from the mall, next to the Starbucks. The iconic train that once gave rides to children was towed away.

For a while, you could spy members of the community using the empty parking lot as a space for bicycle rides, long walks or even teenagers learning to drive. 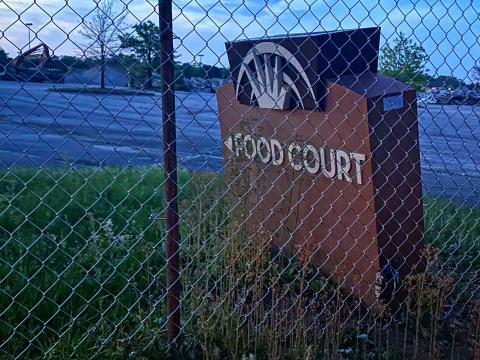 Soon, when the remnants of the mall are cleared away, there will be a new kind of transition to watch — the growth of the Epic Games HQ, and, just across the street, the growth of the Fenton has already begun.

Epic Games HQ is expected to include plenty of office space, as well as commercial spaces and hotel rooms, according to the preliminary rezoning request. 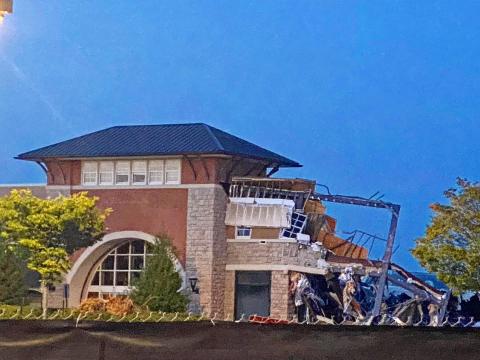 The Fenton is slated to include dining, shopping, a movie theater, zero gravity seating, an ice-skating rink and an outdoor venue for concerts.

As Cary says a bittersweet goodbye to memories past, the community can watch as a new space for memories grows right before their eyes.