Top News
It’s no secret that we here at HotHardware love space. While we won’t fault you for thinking we mean storage capacity, in this case, we’re talking about astronomy and astrophysics. So, imagine our delight when one of the best space simulators ever announced its sequel back in 2020. Kerbal Space Program 2 now has an official release date for its early access. We will see the sequel to the space and research simulator blast off on February 24, 2023—that’s T-Minus four months and one day as of this writing!

Now, we fully understand wariness when it comes to early access titles. However a title and developer that already has a very solid pedigree usually holds a little more weight. Also, as pointed out in the video below, early access actually follows the same path as astronomical pioneers of yesteryear. Creative Director of Intercept Games, Nate Simpson points out that not only is failure an option but “absolutely mandatory.” Through failure we learn, and putting KSP2 into early access gives a chance for our Kerbals to land flat on their faces to allows us and Intercept to learn together. Another thing to keep in mind is that this is not Intercept’s first foray into early access, as the original Kerbal Space Program was also released on a similar format.

The sequel implements an upgraded game engine, but what is likely the most exciting feature for many is the implementation of native multiplayer. You and your buddies will be able to explore the stars, or fail to do so, together! This has been a long-requested feature. Some passionate modders have even created their own implementation for the original title, but it is always welcome to see co-op functions like this baked right into the game.

So what platforms will get a chance to try early access? According to the news release by Intercept about the early access the game will be available on the Epic Games Store, Steam, and directly through the KSP website. It will, at the moment, be PC only, which is fair as that’s where Intercept cut their teeth with KSP. However, that original title has since released for macOS, Linux, PlayStation 4, Xbox One, Playstation 5, and Xbox Series X|S. So that means there is a high likelihood that console players will get to appreciate the glory that is space faring Kerbals in the sequel. 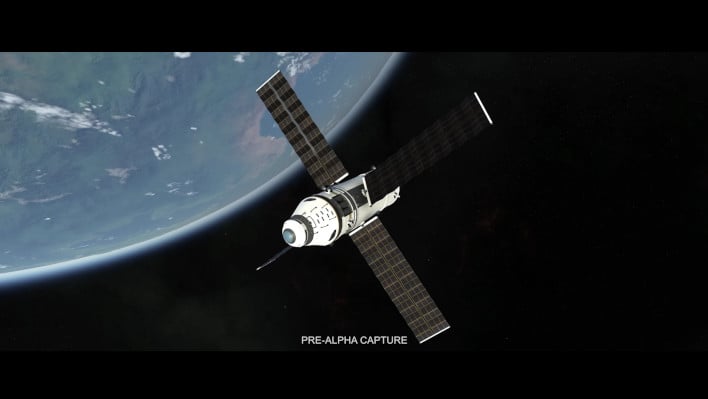 You can check out full game details on the publisher, Private Division’s Store, as well as links to social media account. If you want, you can also already wishlist on Steam.