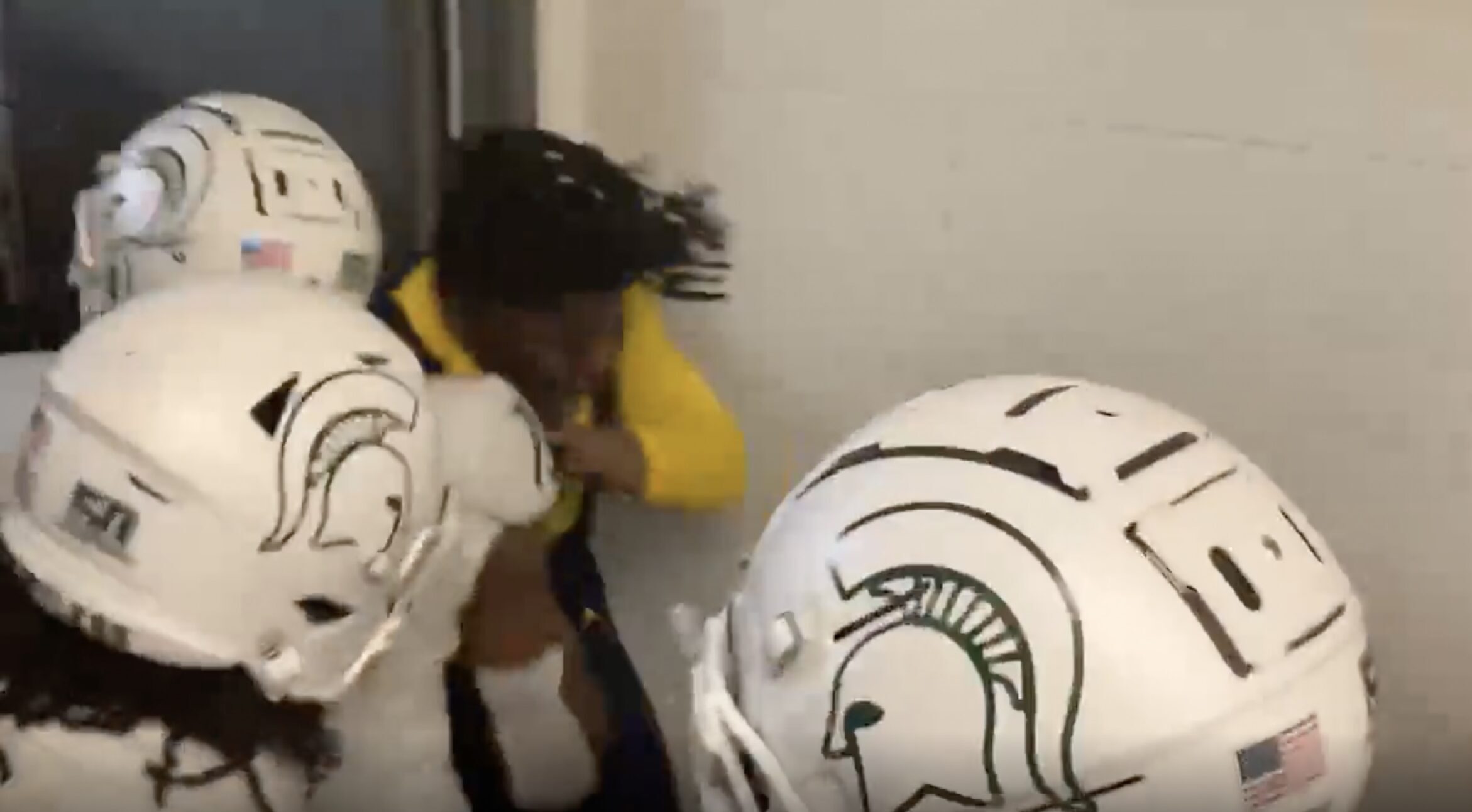 A disturbing video making the rounds on social media shows a group of Michigan State players violently attacking a Michigan player in the tunnel, moments after the Wolverines defeated the Spartans in Ann Arbor.

Afterwords, Michigan athletic director Warde Manuel announced that local law enforcement was looking into the incident as he denounced the attack.

“What happened after the game is completely unacceptable,” Manuel said in the post-game news conference. “I’ve talked to the commissioner, he’s looking into it,” Manuel said. “The police are also looking into it, because they’ve seen the video and they’re addressing it. We will leave it in their hands, but this is not how we should interact after a game.

“This is not the way another team should grab a player and do what they did, it’s completely and utterly unacceptable. We will let the Big Ten and law enforcement handle it, but this is not what a rivalry should be about.”

In a statement to Twitter, Michigan State coach Mel Tucker said, “As Spartans our program has a responsibility to uphold the highest level of sportsmanship. While emotions were very high at the conclusion of our rivalry game at Michigan Stadium, there is no excuse for behavior that puts our team or our opponents at risk. In complete cooperation with law enforcement, the Big Ten Conference and MSU and UM leadership, we will evaluate the events in Ann Arbor and take swift and appropriate action.”

Have a tip we should know? tips@mediaite.com