Building upon the wave of excitement for Dramatic Labs’ upcoming interactive video game, IDW is thrilled to announce the five-issue comic book prequel of the same name, STAR TREK: RESURGENCE! Exploring the calamitous events of the U.S.S. Resolute preceding the game’s main storyline, the miniseries will be written by Andrew Grant and Dan Martin with art by Josh Hood (Avatar: The Next Shadow, We Can Never Go Home) and will debut in November.

On a windswept planet bordering the notoriously hostile Talarian Republic, a scientist on the cusp of developing technology that will revolutionize warp goes missing. The crew of the U.S.S. Resolute is tasked with an urgent stealth mission to recover Dr. Leah Brahms and keep her research out of enemy hands!

“I can’t wait for fans to have a truly immersive game experience on the bridge of the U.S.S. Resolute and discover the formative events that indelibly shaped the ship and crew via the comic books,” says Grant. “I’m grateful to have worked on a franchise that is genuinely hopeful about the future, that takes into consideration the needs of the many, and views diversity as a singular source of strength.” “I really wanted to spend more time with the crew of the U.S.S. Resolute, so I’m thrilled to take fans on another adventure in this prequel comic,” says Martin. “There are some familiar faces along for the ride and as a longtime Star Trek fan myself, it’s sometimes hard to believe that I actually get to bring life to characters which I first met on TV decades ago.”

“Drawing Star Trek is a bit of a double-edged sword. The iconography is burned into the minds of so many fans that when you get something wrong—the phasers, the bridge of a starship, the comms badges—it’s instantly recognizable as being wrong. But when you get it right, the entire experience of being in the 24th Century seems to slide right into place,” says Hood. 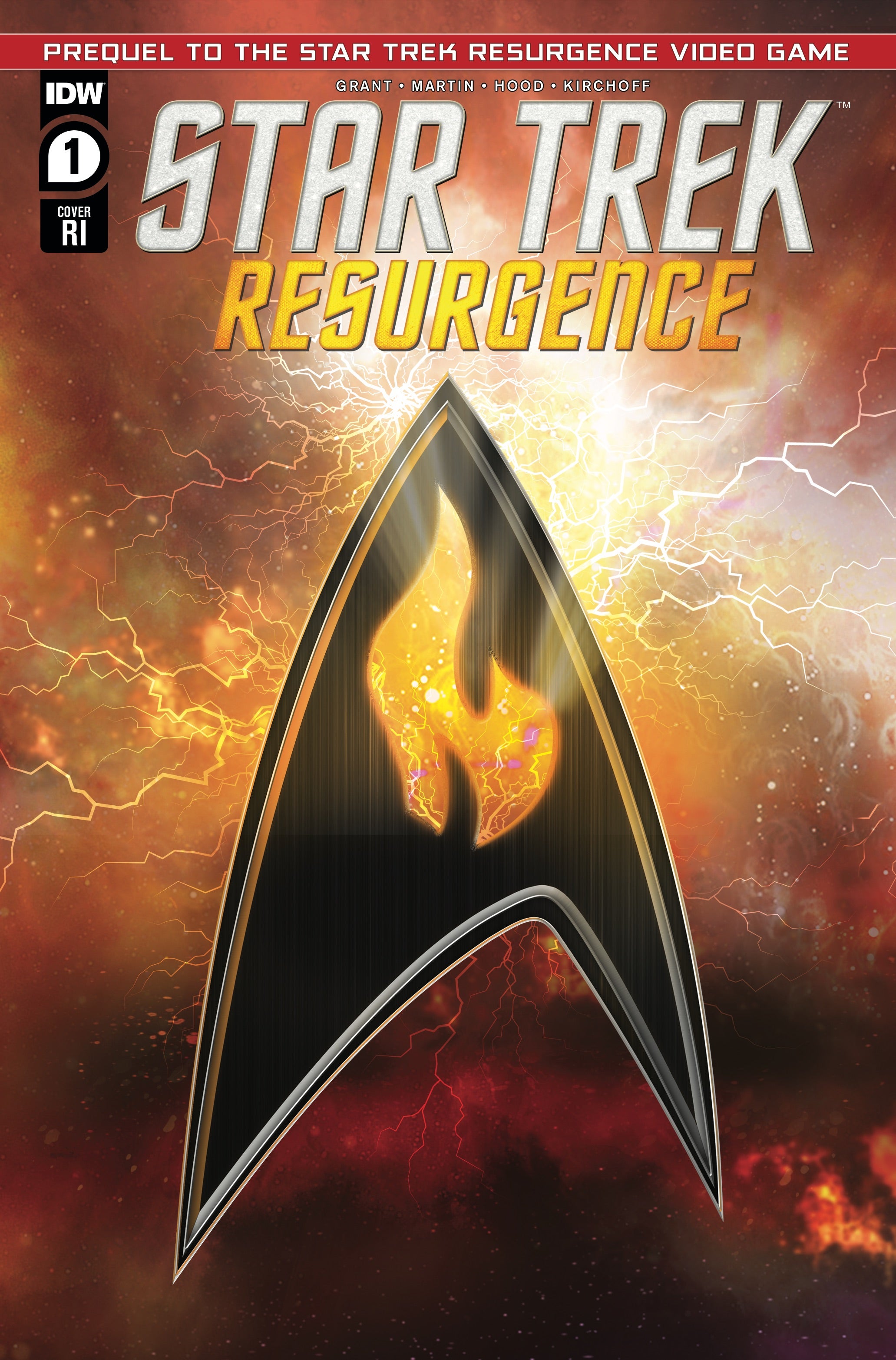 “The universe is vast in the 24th Century, and any opportunity we have to explore the stories of characters that don’t always make it to the big screen gives us a freedom to do things in the comics we don’t always get to do,” says editor Heather Antos. “Combined with Dan and Andrew’s experience working on the game itself, alongside Josh’s clear love of Trek, STAR TREK: RESURGENCE is blasting off into brand-new corners of the Star Trek comics universe.”

STAR TREK: RESURGENCE #1 will be available in November with three variant covers (above) for fans and retailers to enjoy, including Cover A by series illustrator Hood, Cover B by Dramatic Labs, and a retailer incentive variant by Malachi Ward.

By subscribing to the Star Trek newsletter, which may include personalized offers from our advertising partners, you agree to our Terms of Use and acknowledge the data collection and usage practices outlined in our Privacy Policy.

For information on how to acquire copies of Star Trek comic books, please contact your local comic shop or visit www.comicshoplocator.com to find a store near you.