As many of you will no doubt be aware, the PS Store has become overrun with copy-and-paste games, the majority of which exist to dole out 60-second Platinum Trophies. Browsing the New Releases section of the PS Store has consequently become a nightmare, as you’re inundated with multiple permutations of the exact same game.

It’s become a real problem, burying more legitimate games. While we don’t necessarily agree with heavy-handed curation – who’s to decide whether a game should exist or not? – we pointed out recently that Sony does have a real problem on its hands finding an adequate solution to this. We suggested some smart changes to the way the PS Store surfaces content could help. 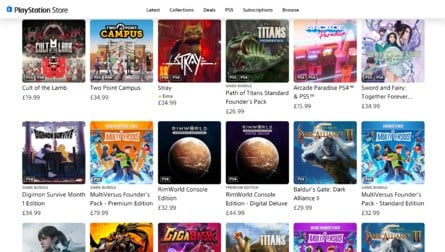 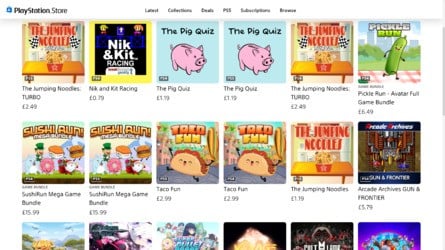 On the left is how the PS Store is currently filtered, and on the right is how the New Games section used to be

And earlier this week we noticed the firm has already made an adjustment. Both on the browser-based PS Store and PS5 app, the New Games ribbon is now sorted by Best Selling as opposed to Release Date. This means, at the time of typing at least, you’ll see games like Cult of the Lamb and Arcade Paradise rather than The Jumping Noodles Turbo and The Pig Quiz.

Now the key detail here is that the latter games still exist, and can be found fairly easily with a couple of clicks, but the default filter is a little more useful for the average user. Obviously there’s a lot more work to be done here, but as a temporary stopgap solution, we’re impressed by the speed at which Sony has adjusted here.