Post-apocalyptic zombie video game series “The Last of Us” is getting an ambitious TV adaptation on HBO, but the game has attracted numerous hateful conspiracy theories, which the show is apparently not immune to, either.

Anticipation that the show will deviate from the source material has already rankled fans of the game.

When “The Last of Us” debuted in 2013, it was showered with accolades, quickly becoming one of the best-selling PlayStation 3 games of all time. It was well-deserved, as the game expertly blended emotional cutscenes with environmental storytelling and intense, violent gameplay, redefining the limits of storytelling in video games.

Now the TV show will arrive on HBO in mid-January, and is one of the most expensive productions at Warner Bros. Discovery to date. Filmed in Calgary, Canada, it’s the largest television production in the country’s history, with a budget exceeding $100 million, surpassing the cost for each of the first five seasons of “Game of Thrones.” But internet trolls have spent the last several months bemoaning casting and other creative decisions, decrying the franchise as “woke” while making racist, ableist and derogatory comments.

The series unfolds in the decades following a devastating fungal pandemic that has left most of human civilization in ruins. The pathogen turns people into violent, fungus-covered monsters called “infected” which are technically a type of zombie, just not the kind risen from the grave. Think Cormac McCarthy’s “The Road” meets “Night of the Living Dead,” but with more elements of “Children of Men” than “World War Z.”

Against this backdrop is Joel Miller (Pedro Pascal, “The Mandalorian”), a traumatized smuggler who is reluctantly tasked with chaperoning Ellie Williams (Bella Ramsey, aka Lyanna Mormont from “Game of Thrones”), a teenage girl with immunity to the fungal parasite, across a dilapidated United States. The pair quickly encounter things worse than zombies: cannibalistic raiders and murderous outlaws. Together, they must make every effort to survive in a brutal, unforgiving wasteland flowing with blood and fungi.

Pedro Pascal and Bella Ramsey in “The Last of Us” (HBO)

The question of violence

Many have pondered if bringing “The Last of Us” to screen can avoid some of the pitfalls of other video game adaptations, which have rarely succeeded by the standards of fans or critics. With few exceptions, such as “Castlevania” or “Detective Pikachu,” most video games just don’t seem to translate as well to other mediums. Controlling a character, attacking enemies or vaulting obstacles using repetitive motions are all fun when pressing buttons — but it isn’t easy rendering that experience into a passive activity like absorbing a film or TV show that relies on narrative, not participation.

“The Last of Us” is poised to dodge this “curse” by enlisting the game’s creator Neil Druckmann, who has carefully attempted to keep core elements of the story intact, while co-creator Craig Mazin, lauded showrunner behind HBO’s “Chernobyl,” brings his TV narrative know-how. In a recent New Yorker interview, he addressed why video game adaptations tend to go awry: “They try to replicate the action. It’s just the wrong medium. That’s that. This is this.”

Anticipation that the show will deviate from the source material has already rankled fans of the game. Some have expressed contempt that the show will be purportedly less violent than the video game, which is a survival horror setting akin to “Resident Evil” or “Silent Hill.” This is ironic given that “The Last of Us” creators once had to defend against critics concerned with the game’s hardcore gore. But Druckmann has emphasized that the sadism was never without purpose.

“There is extreme violence, we wanted the violence to be realistic and believable so the stakes are real,” Druckmann told The Guardian in 2012. “But this also contrast with the extreme emotions of loyalty and love, and the sacrifice that these characters are willing to make for each other.” Now some are claiming that cutting down the violence to only the essentials is an insult to the fans. 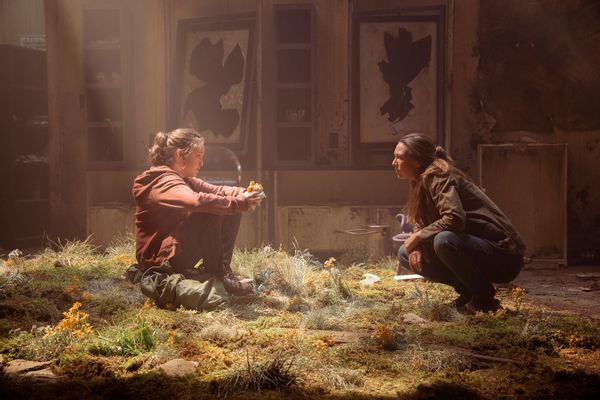 Meanwhile, Ramsey has been the target of hateful comments because her appearance is different from the Ellie in the video game. Of course, Ellie’s looks in the video game have a long history of controversy, too. Even before the game released, Ellie’s digital rendering was redesigned, after it became clear her resemblance was too close to actor Elliot Page, who was not pleased by being “ripped off.”

The rage is far less about any creative storytelling decisions than it is about invoking the same old “woke wars.”

Ellie’s face was slightly altered yet again when “The Last of Us” was remade for PlayStation 5, as were the designs of many of the game’s characters, but the young girl’s transformation especially drew the ire of angry redditors, who painted the change as “attempts to make Ellie uglier.”

Other casting decisions in the show have attracted racist comments as well. Joel’s daughter Sarah is white and blonde in the video game. The actor who plays her, Nico Parker, is Black. Other changes, including making Sam, a previously hearing character, deaf on the show (portrayed by Keivonn Woodard) has been mocked as a “woke” decision. 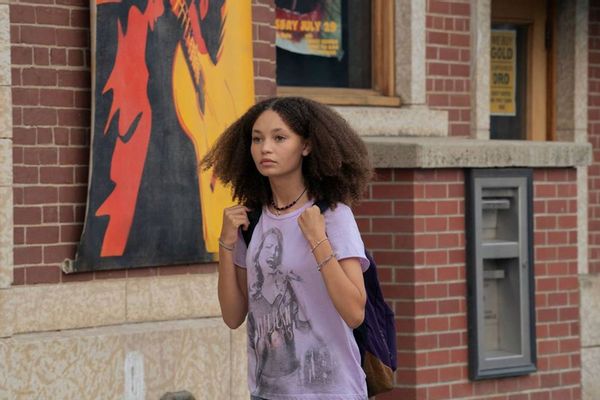 Nico Parker in “The Last of Us” (Shane Harvey/HBO)

And on and on. There is no bottom to the vile groupthink of certain gamers, but many of these negative opinions aren’t outliers, either. By far, the “Last of Us” title to receive the most outpouring of hate and controversy is the game’s 2020 sequel, which somehow became “Conspiracy Theory: The Video Game,” as one confused fan put it.

Before “The Last of Us” Part II” was even released in summer 2020, major details of the game’s plot were leaked online. This spawned conspiracy theories that Naughty Dog, the studio behind “The Last of Us,” was paying for reviews; that a disgruntled employee was behind the leak because they hated the game; that Abby, one of the main characters, was transgender or “unrealistically” muscular; or that feminist media critic Anita Sarkeesian, who was famously targeted in the infamous Gamergate harassment campaign, was somehow involved in the game’s development.

All of this spawned a flurry of hate mail, including violent, queerphobic and antisemitic messages, directed at the game’s creators and cast. Part II was review bombed by people who had never even touched the game giving it poor ratings, even though it otherwise achieved widespread critical acclaim.

Of course, the sheer loathing that “The Last of Us” has weathered is a fig leaf for typical alt-right dogwhistles. The rage is far less about any creative storytelling decisions than it is about invoking the same old “woke wars” that encircle people in cycles of endless, pointless arguing. But it may just get worse as this post-apocalyptic universe expands.

The TV evolution in storytelling

Next year is the scheduled release of an online multiplayer game set in “The Last of Us” universe, and a Part III is allegedly in production at Naughty Dog. Whatever Druckmann ends up working on next, he has said it will be “structured more like a TV show.”

Nothing else has come close to the depth of “The Last of Us” for me. Part I and Part II are my favorite video games of all time, both having upended what I thought video games — and even storytelling in general — could be. I never expected such an emotional connection to a video game, even though I’ve been roaming virtual universes since I was small. Naturally I’m invested in how the show might adapt the storyline to honor the fans in a way that also makes sense for TV.

“The Last of Us” TV show and the game will not be one-to-one copies of each other, nor should they be. I’ll never understand the mentality that adaptations need to be clones. But then again, I’ll never understand the fixation with a fictional teenage girl’s facial structure, either. There are some hateful mentalities not worth interrogating. But it leaves me wondering, hoping — can HBO avoid them as their newest franchise unfolds?

“The Last of Us” premieres Jan. 15 on HBO. Watch a trailer for it below, via YouTube.