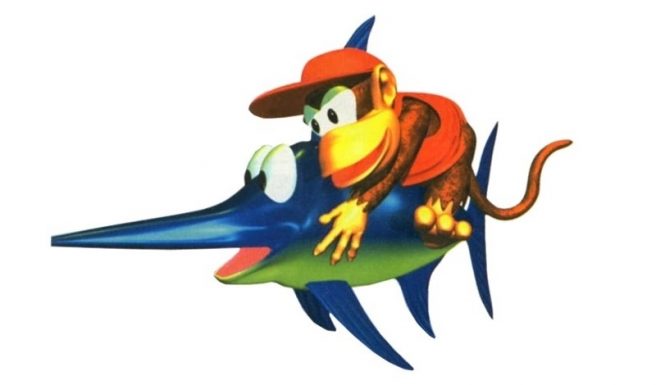 Creative director Vince Joly shared the news in an interview with Retro Gamer. Joly explained that the team ultimately decided to focus on adding new Kongs – specifically Dixie Kong and Cranky Kong – rather than more animal buddies. Even so, Enguarde came “close to being added” in Donkey Kong Country: Tropical Freeze.

“We were thinking that bringing back the familiarity that players experienced in Donkey Kong Country Returns would be a good way for us to further strengthen their love for these characters. We felt this was the right choice over adding different buddies in their stead, and we believed the introduction of the other Kongs filled the need for expanding the character lineup and adding new player mechanics. However, we would have loved to have introduced some new animal buddies. Like Enguarde, for instance, who did come close to being added.”

Donkey Kong Country: Tropical Freeze first launched for Wii U in 2014. A Switch port released in 2018 and included Funky Kong as a playable character.