Weekend PC Game Deals is where the hottest gaming deals from all over the internet are gathered into one place, every week, for your consumption. So kick back, relax, and hold on to your wallets.

Horror fans are in for a feast as Humble and Capcom brought forward the Resident Evil Decades of Horror bundle this week.

At the same time, if you’re more about tactical combat games, Humble’s other gaming bundle of this week may be the way to go. It touts titles like Sniper Elite 4, Call of Arms, Verdun, and four more games for $15. 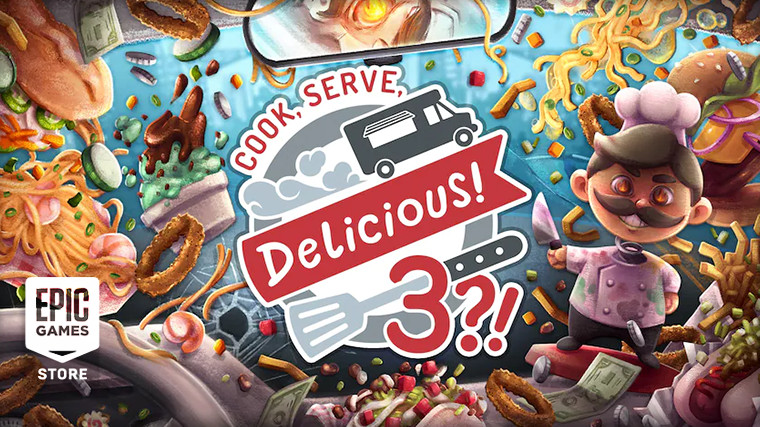 Epic Games Store brought a freebie for casual game fans this week with a copy of Cook, Serve, Delicious 3 being offered, replacing the Unrailed giveaway from last week.

The cooking and management title has you taking over a food truck in a post-apocalyptic setting. A hectic campaign with hundreds of levels and co-op support is available here, with a separate “Chill” mode to slow down the pace for a more relaxed ingredient assembling experience.

The Cook, Serve, Delicious 3 giveaway is available to claim through Thursday, August 18. Coming up next is not a game, but a premium pack for the new free-to-play battle royale Rumbleverse.

Since there seems to be no free events happening this weekend, we go straight to the big deals section. The hand-picked list this time has been populated by discounts for games featuring the Caped Crusader, THQ Nordic publisher deals, and much more:

Your dose of DRM-free deals arrives from the GOG store, filled with games that offer a good challenge and others:

And that’s it for our pick of this weekend’s PC game deals everyone, and hopefully, some of you have enough self-restraint not to break the bank adding new games to your ever-growing backlogs. Of course, there are an enormous number of other deals ready and waiting if you comb through the interwebs hard enough, so keep your eyes open for those, and have a great weekend.

Neowin may earn a small commission from qualifying purchases.